What Exactly is the Sales Funnel? 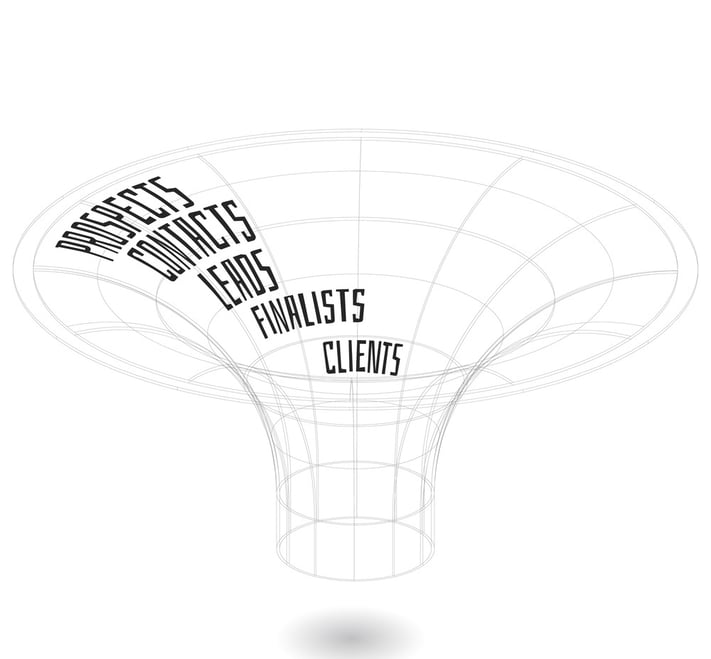 You've probably heard the phrase "sales funnel" tossed around from time to time. It's an essential part of the sales and marketing processes in this day and age, but if you don't know what it means, it probably sounds like just another buzz phrase.

Have no fear! Our inbound marketing agency is here to explain how the funel works and what to do at each step through.

How Your Sales Team Uses the Sales Funnel

The individual layers of the funnel will usually vary from business to business. Usually, the stages will be defined by brand-specific jargon that encompasses the company's culture and values. That said, the basic idea remains the same no matter which company or industry you're dealing with.

The top of the funnel is typically where you'll account for website visits and begin to accumulate potential leads.

Take a look at Hubspot's sales funnel for a more in depth and visual demonstration.

How Sales Funnel Stages Affect the Way You Engage Your Customers

No matter what you call each stage of your sales funnel, it's important to understand that each layer represents a different phase in your buyers' journeys. In other words, this is where marketing comes into play. The content that's most likely to entice folks at the top of the funnel isn't likely to work for people who have made their way all the way down to the bottom.

If the sales funnel is an unfamiliar element to your small business, you should consider speaking with an inbound marketing agency that can explain the way each stage could enhance your particular company.

Taline is the founder of Laveh Inbound Marketing. Using modern marketing concepts without the hefty price tag, Taline has a history of leading small businesses to explosive growth.

Laveh is a Boston-based inbound marketing agency with a passion for helping small businesses thrive by taking digital marketing efforts to the next level.